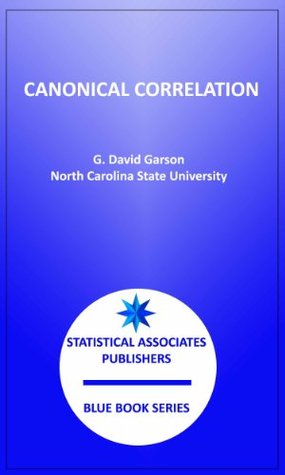 Canonical correlation is a member of the multiple general linear hypothesis (MLGH) family and shares many of the assumptions of multiple regression and multiple analysis of variance, such as linearity of relationships, homoscedasticity (same level of relationship for the full range of the data), interval or near-interval data, untruncated variables, proper specification of the model, lack of high multicollinearity, and multivariate normality for purposes of hypothesis testing. It also shares with factor analysis the need to impute labels for the canonical variables based on structure correlations, which function as a form of canonical factor loading; researchers may well impute different labels based on the same data.

Nonlinear canonical correlation is also available in SPSS in what it labels its OVERALLS procedure. Nonlinear canonical correlation is treated in this Statistical Associates "blue book" volume.
See also the separate Statistical Associates "blue book" on partial least squares regression, which is sometimes used to predict one set of response variables from a set of independent variables.